Are Career Goals a Waste of Time? 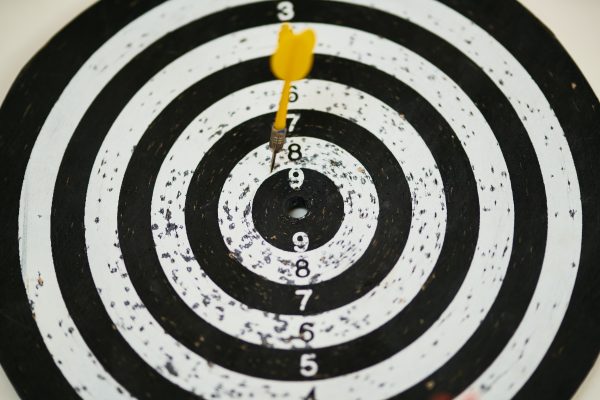 I was talking to a client recently about setting career goals. Their perspective was that the world is changing so rapidly, there was no point in thinking any further ahead than the next six months.

I had to disagree!

Yes, we live in a period of rapid change and innovation but it is still important to get clear on what you want from your career otherwise you are driving blind.

In his book “What They Don’t Teach You in the Harvard Business School”,  Mark McCormack shares a study conducted on students in the 1979 Harvard MBA Programme.

In that year, the students were asked:

“Have you set clear, written goals for your future and made plans to accomplish them?”

Only three per cent of the graduates had written goals and plans, 13 per cent had goals but they were not in writing, and a massive 84 per cent had no specific goals at all.

Ten years later, the members of the class were interviewed again, and the findings were incredible. The 13 per cent of the class who had goals were earning, on average, twice as much as the 84 per cent who had no goals at all.

And the three per cent who had clear, written goals were earning, on average, ten times as much as the other 97 per put together.

This is no coincidence.

The three per cent that had written down their goals had focused on WHAT they wanted and worked exactly what they had to DO to be successful.

You can do this too. Your primary motivation might not be money. It doesn’t matter, the principle remains the same.

Maybe you think to yourself ‘I really should come up with a plan’ but you never get round to it. Maybe you even set yourself some goals at the start of the year in a fit of ‘new year resolutionitis’ and within a couple of weeks those goals are a distant memory and you don’t follow through on them.

I want to encourage you to create your own compelling vision and goals. Once you get clarity on what you want it makes life SO much easier.

It is easier to make decisions. You are no longer conflicted and wondering what is the best path to take. You make decisions based on what will take you closer to the goal that you are working towards.

It is easier to allocate your time. You are able to get super specific about where you spend your time and with whom. All of your time needs to be directed towards bring to life the vision and goals that you have set for yourself.

It is easier to stop yourself slipping into overwhelm mode. When you have clarity you don’t need to do ‘all the things’ you simply need to do the things that are necessary to take you closer to your vision and achieving your goals.

To find out how I can support you to create meaningful career goals, book a time to talk HERE.