The Internet: The Good, The Bad and the Ugly (Part 1 – The Good)

It is almost impossible to remember a time without the internet. When my kids don’t know the answer to something their first port of call is to ‘look it up on mum’s phone’.

When I was their age and had the urge to learn a random fact, I had to really want to know about it!

It involved a trip to the library, sifting through record cards to find an appropriate book, locating the book on the shelves (if it was in stock) and pouring over the book until I had my question answered.

I’m not sure that that I was sufficiently passionate about unearthing knowledge to go through that process on a regular basis.

But along came the internet and quite simply transformed the world in ways that, at the time, we could never imagine.

When I studied international business and marketing in the late 90s the internet was in it’s infancy. I didn’t have an email address until the final year of university. I suspect that at least 75% of what I learned in my degree course is now obsolete.

When the final episode of Friends aired in 2004, Mark Zuckerberg had only just invented Facebook and only a tiny handful of people knew what it was.

It only seems like yesterday that we waved goodbye to the Central Perk gang as they went their separate ways in the world but goodness, how the world has changed in that time. And how the internet has played a pivotal role in those changes.

I LOVE the internet and the opportunities that it has provided to the world. However, I know that that there is the good, the bad and the ugly of the internet.

The Internet – The Good

The internet has brought an abundance of opportunity. Accessing knowledge and information is no longer for a privileged few but to anybody that can access the world wide web.

The barriers to entry to building a business and entering new markets have never been lower.  Anybody with an internet connection and very basic technical skills can get an online ‘shopfront’ up and trading in a matter of hours, if not minutes.

The world truly has become a smaller place with the invention of technology that allows us to connect to those that we love around the world.   The decision to relocate to different parts of the world is made easier knowing that technology is available that will allow relationships with family and friends to be sustained and nurtured.

From a personal perspective, the internet is my saviour!

I run my business from home in Surrey, UK. This year in particular, my world has been rather geographically constrained.

Between dropping off the kids at 9am, nursery pickup at 12.30pm and school pick up at 3.15pm I don’t get to travel very far.

Yet still, in the past year I have had worked with clients as far flung as Kentucky (U.S.A.) and Perth (Australia).  Through the use of Skype I am able to work directly with my clients and can get to know them just as well as I would if we were sitting in the same room together.

I can use Facebook Live to talk directly to my audience and answer their questions in real time and it doesn’t cost me a penny.

I can pay to advertise my business on Facebook and get my message in front of the exact people that are my target audience. No more paying for expensive adverts in magazines that may or may not be reaching the right people.

I can connect with the thought leaders in my industry on Twitter and strike up relationships with people that would previously have been completely inaccessible.

I can share documents and work collaboratively with my Virtual Assistant using Dropbox and other cloud based document sharing applications.

20 years ago NONE of this would have been possible.

20 years from now WHO KNOWS what will be possible.

As far as I am concerned the Internet is pretty damn awesome!  What do you think? Would you be able to run your business if the internet didn’t exist?  Leave me a comment and let me know.

P.S. I’ll be sharing the bad and the ugly over the next few days so stay tuned! 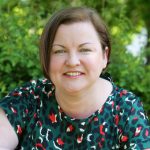